On February 9th, 2013 Hisashi Kobayashi (The Sherman Fairchild University Professor emeritus, Princeton University) gave an invited talk on his elder brother Shoshichi Kobayashi at the annual meeting of the San Francisco Akamon-kai (the alumni group of “Todai” or the University of Tokyo in the San Francisco-Bay area, its President is Takashi Nakamura), which was held at Lake Merced Golf Club in Daly City. The title of the talk was “The Life and Achievements of Shoshichi Kobayashi.”

Hisashi reported that Shoshichi’s encounter with his outstanding math teacher Mr. Muneo Hayashi at Nozawa Middle School in Nagano Prefecture, where his family moved to evacuating from Tokyo in 1945-48, was the most decisive encounter in Shoshichi’s life. Mr. Hayashi motivated him to aspire to become a mathematician and to apply for “Ichiko” or the Higher School Number One (which became the junior college of Todai). Encouraged by his mentor Prof. Kentaro Yano at Todai, Shoshichi went to France for his graduate study for a year, receiving the French Government’s scholarship. Then at the suggestion of Dr. Katsyuya Nomizu whom he met in France, he decided to move to America to complete his doctoral thesis.

Hisashi also talked about how diligent and generous in his time Shoshichi was to teach and encourage the six years younger brother, Hisashi, to study mathematics and foreign languages. His presentation to the audience of about 40 people, using 50 power point slides lasted forty minutes.

In concluding his talk, Hisashi, who is the president of Friends of Todai, Inc. (FOTI), a New York-based NPO associated with Todai, said how lucky he was by having Shoshichi’s assistance and encouragement to come to study in the U.S. Thus, he is keenly aware of the importance of Todai students to receive encouragement and support from individuals or organizations such as FOTI. Hisashi finds it rewarding to be able to help young Todai and US students who aspire to tudy overseas. He appealed to the Akamon-kai members for their support of FOTI.  Please click here to see the power point slides (in Japanese). 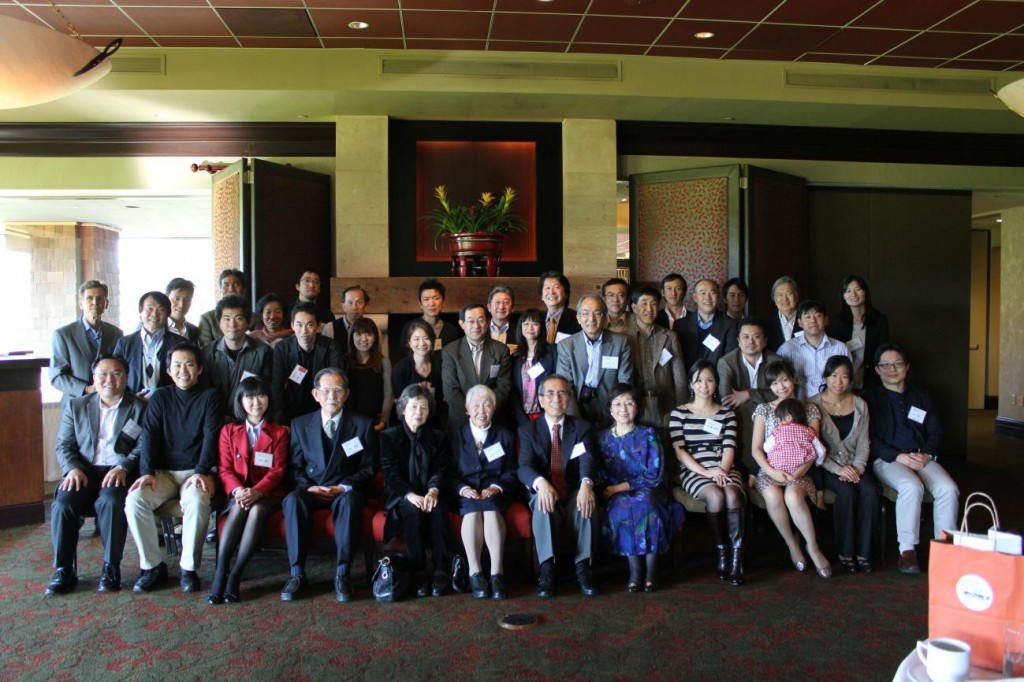